“Pulling a train isn't as difficult as Henry says it is.”
―Thomas

Thomas' Train is a magazine story.

Thomas is grumbling as he pulls the coaches for the other engines to take on long journeys, and wishes that he could pull trains as well to show them. The following day it comes true sooner than expected, as Henry is still feeling ill in the sheds. After Thomas arranges the coaches into the station platform, the Fat Controller tells him that he will have to pull the train. Despite his driver trying to calm him down, Thomas is too excited to listen and accidentally leaves the coaches and the passengers behind - without him knowing!

Thomas thinks the signalmen on the first signal box are waving to him, when in reality - they are waving and shouting at him that he is puffing along the line without the coaches. Thomas proudly proclaims that pulling trains is not as difficult than what Henry says it is, making him more prouder than ever until he has to stop at the signal. There a signalman runs up to Thomas and points out that there are no coaches behind Thomas, which finally makes him realise that he has left them behind and runs back to fetch them as fast as he could.

Back at the station, the passengers are complaining what a bad railway it is, until they see Thomas is sad by the time he arrives back to be coupled. Later he is finally able to pull the coaches for real, although for a long time after the event - the other engines laugh at Thomas for his mistake. 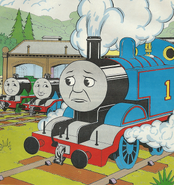 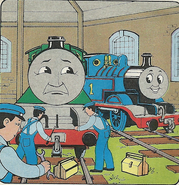 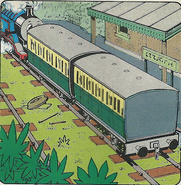 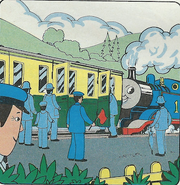 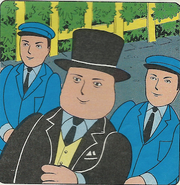 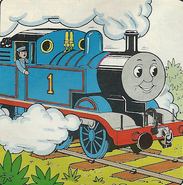 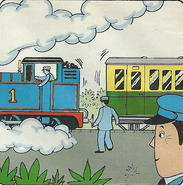 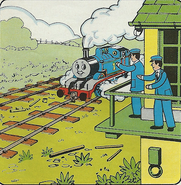 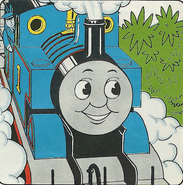 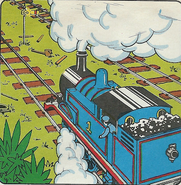 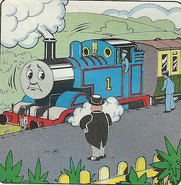 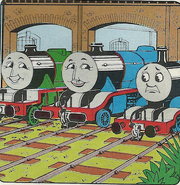 Add a photo to this gallery
Retrieved from "https://ttte.fandom.com/wiki/Thomas%27_Train_(magazine_story)?oldid=1662280"
*Disclosure: Some of the links above are affiliate links, meaning, at no additional cost to you, Fandom will earn a commission if you click through and make a purchase. Community content is available under CC-BY-SA unless otherwise noted.