“You need rails! They work wonders, you know - always!”
―Percy talking to Harold

Thomas, Percy and the Post Train is the thirty-first Buzz Book, based on the third series episode of the same name. It is illustrated using photographs from the television series.

Thomas and Percy's post train is in danger of being scrapped. Harold the helicopter thinks he could make a better job of it. 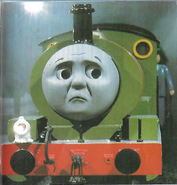 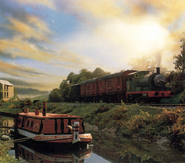 Add a photo to this gallery
Retrieved from "https://ttte.fandom.com/wiki/Thomas,_Percy_and_the_Post_Train_(Buzz_Book)?oldid=1662298"
Community content is available under CC-BY-SA unless otherwise noted.