“Thank you so much, Thomas. I am sorry I was cross when you blew smoke over my clothes. It was not your fault, you cannot help which way the wind blows.”
―The lady to Thomas

Thomas the Tank
Engine & Friends
No. 29

Thomas Saves the Washing is a magazine story.

It is another windy day of the Island of Sodor, as Thomas is working hard again pulling trucks of gravel for cement to the harbour. But he is still feeling upset because Sir Topham Hatt had told him off the other day, claiming that it was not his fault the smoke went into the washing. Later Thomas reaches the hill again and starts to climb to the top, it is just as difficult as before but his driver has better not to give him more coal yet, as he tells his engine that they do not want to cause any more trouble with the smoke blowing to ruin the washing. The lady does have her washing out again, but as Thomas is about to pass the cottage, the wind blows the washing away!

Then the lady runs out of her cottage to wave and shout, but this time she wants Thomas to save her runaway clothes and his driver encourages Thomas to help her this time, as he puffs quickly down the line following a skirt, two shirts and a very splendid red towel being blown away in the wind. When Thomas reaches the clothes, his driver shuts off steam and goes out of Thomas’ cab to gather them up in his arms, while Thomas thinks this looks rather amusing.

After the chase ends, Thomas’ driver reverses him and the trucks back up the line to the cottage, where the lady is waiting for them and looking very pleased to see her clothes brought back. She thanks Thomas for saving her clothes and apologises to him for being cross when he blew smoke over her clothes, while reassuring him that it was not his fault after all, as she said he can not help which way the wind blows.

When Thomas reaches the station, he sees Sir Topham Hatt on the platform again – except this time he is smiling, as he praises Thomas and his driver for their good deed in rescuing the lady’s clothes. 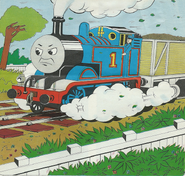 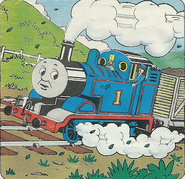 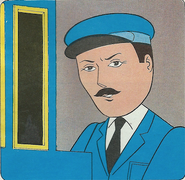 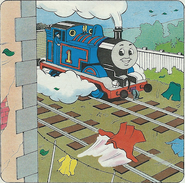 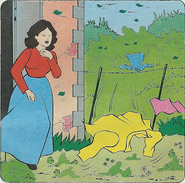 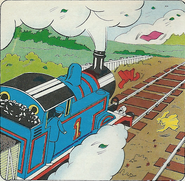 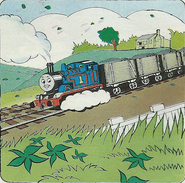 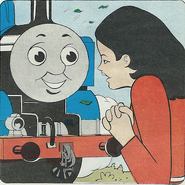 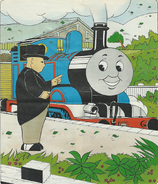 Add a photo to this gallery
Retrieved from "https://ttte.fandom.com/wiki/Thomas_Saves_the_Washing?oldid=1257476"
Community content is available under CC-BY-SA unless otherwise noted.