“"Wake up Gordon, do some hard work for a change."”
―Thomas

Thomas the Tank
Engine and Friends 1

Thomas and Gordon is a magazine story.

Thomas is a pilot engine at the big station. He shunts coaches for the big engines on the Mainline and when they return, he pulls the empty ones away so that the big engines can go and rest. He loves to play tricks on the other engines, especially Gordon. He usually whistles rudely at him whilst he is resting. But one day after hauling the express, Thomas runs past and shouts rudely at him. Gordon thinks how he could get back at the little blue engine. One morning Thomas will not wake up. It is nearly time for the express and as Thomas shunts them into the station and before he is uncoupled from the coaches, Gordon starts off quickly with Thomas still coupled to the train. Gordon goes faster and faster that it makes poor Thomas tired and his wheels hurt. At last they stop at a station. Thomas is finally uncoupled and is put onto the turntable and then to a siding out of the way. After Gordon laughs at him Thomas goes to the water tower and has a long, cool drink. After that he vows never to be cheeky to Gordon again. 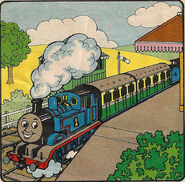 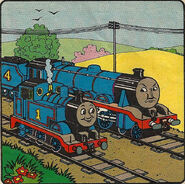 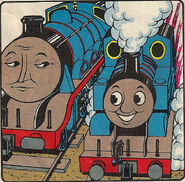 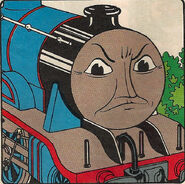 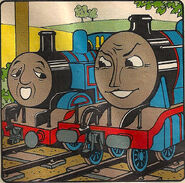 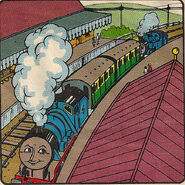 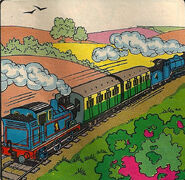 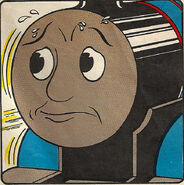 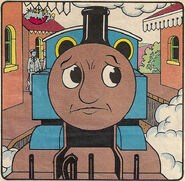 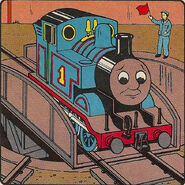 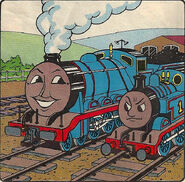 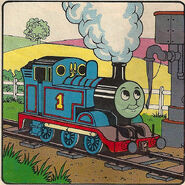 Add a photo to this gallery
Retrieved from "https://ttte.fandom.com/wiki/Thomas_and_Gordon_(magazine_story)?oldid=1662172"
*Disclosure: Some of the links above are affiliate links, meaning, at no additional cost to you, Fandom will earn a commission if you click through and make a purchase. Community content is available under CC-BY-SA unless otherwise noted.