Thomas and the Bad Dog

Thomas and the Bad Dog

William Heinemann
Thomas and the Bad Dog is a peep through book.

While Thomas is waiting at the station his driver notices in the newspaper that there is a stray dog chasing sheep in the valley. As he is going along the line, his driver notices the stray dog bothering the sheep as they come out from the bushes and onto the line. Thomas blows steam at the dog which frightens it away, but the sheep are still on the line. The farmer comes to round the sheep, but they are so frightened that it takes him a very long to clear them away from the line. This makes Thomas very late and when he tries to start he finds that he can't. The guard goes back to warn the signalman that Thomas is still blocking the line. Soon Thomas is mended and he makes his way towards the next station in a hurry. When he arrives he dropped off his passengers and he waits for the guard to blow his whistle and wave his green flag. But there is no guard to whistle or wave the green flag. It turns out that they've left him behind. Thomas feels terrible and thinks it has been a bad journey. But his driver and the Fat Controller are pleased with him scaring the stray dog. It makes him happy and he forgets all about being late. 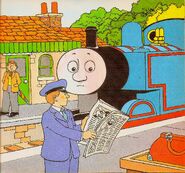 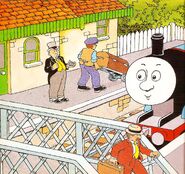 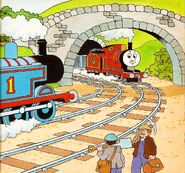 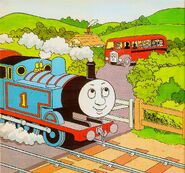 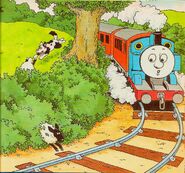 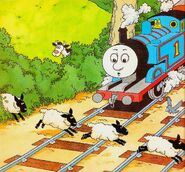 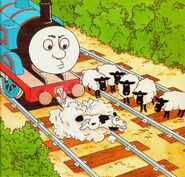 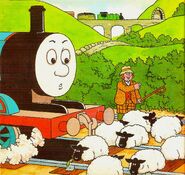 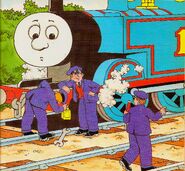 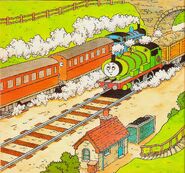 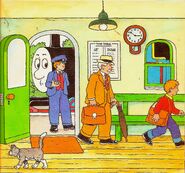 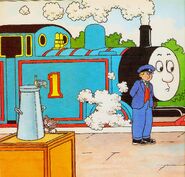 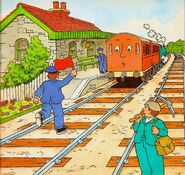 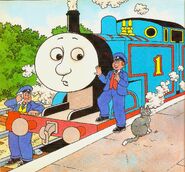 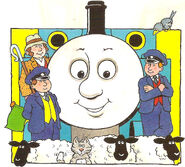 back cover
*Disclosure: Some of the links above are affiliate links, meaning, at no additional cost to you, Fandom will earn a commission if you click through and make a purchase. Community content is available under CC-BY-SA unless otherwise noted.
Advertisement