Thomas and the Best-Kept Station Competition

Thomas and the
Best-Kept Station Competition

4th October 1993 (UK)
1996 (Australia)
1st November 1999 (Norway)
Thomas and the Best-Kept Station Competition (officially titled 9 songs with narration by Michael Angelis) is an audiobook released in 1993 by EMI on cassette in the UK. It was later rereleased in 1996 by ABC Music and EMI in Australia on cassette and CD. It features every song from Series 3 and Series 4, with a story written by Helen Knowles.

Thomas is chosen to take the Fat Controller to each station on Sodor for the best-kept station competition, along the way he must deliver a plough to Terence and invite Toby. In the end, the Fat Controller decides to award a certificate to all of the stations. 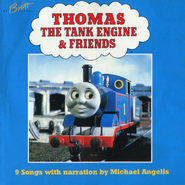 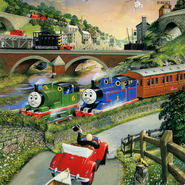 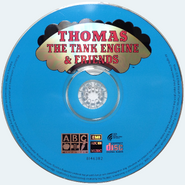 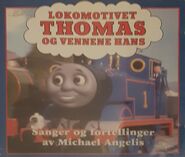 Norwegian CD cover
*Disclosure: Some of the links above are affiliate links, meaning, at no additional cost to you, Fandom will earn a commission if you click through and make a purchase. Community content is available under CC-BY-SA unless otherwise noted.
Advertisement