James has trouble with the trucks one day, but Thomas is there to help out. The Fat Controller is so pleased he gives Thomas his own branch line. 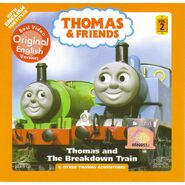 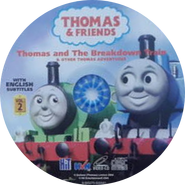 Malaysian VCD disc
Add a photo to this gallery
Retrieved from "https://ttte.fandom.com/wiki/Thomas_and_the_Breakdown_Train_(DVD)?oldid=1725101"
*Disclosure: Some of the links above are affiliate links, meaning, at no additional cost to you, Fandom will earn a commission if you click through and make a purchase. Community content is available under CC-BY-SA unless otherwise noted.