Thomas and the
Hide-and-Seek Animals

Thomas and the Hide-and-Seek Animals is a twenty-four page book first published in 1991 by William Heinemann Ltd and was subsequently re-printed in 1993. The book was unavailable and out of print for a number of years, until a new version of the book with updated graphics was published by Random House Books in September 2007.

A new zoo is opening on Sodor and James is bringing the animals. But the monkeys take the keys and unlock some of the doors. The animals were soon loose and running around the yard. Thomas and his friends round up all the animals, just in time for the opening of the zoo. 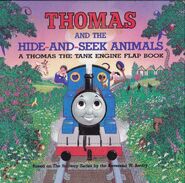 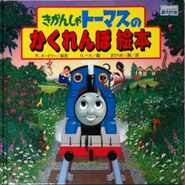 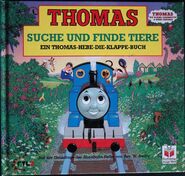 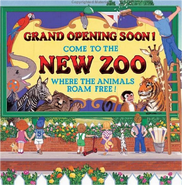 Thomas and Percy
Add a photo to this gallery
Retrieved from "https://ttte.fandom.com/wiki/Thomas_and_the_Hide-and-Seek_Animals?oldid=1620929"
*Disclosure: Some of the links above are affiliate links, meaning, at no additional cost to you, Fandom will earn a commission if you click through and make a purchase. Community content is available under CC-BY-SA unless otherwise noted.