“Delivering that clock was a race against time!”
―Thomas

Thomas and the New Clock!

Thomas the Tank Engine
and Friends 136

Thomas and the New Clock! is a magazine story.

It is New Year's Eve on Sodor and there is to be a grand party at the Town Square to celebrate the New Year. Thomas is shunting trucks in the yard when the Fat Controller comes to see him with an urgent job; the Town Hall needs a new clock in time for the party. The Mayor has ordered the new clock specially, but due to a delay, the clock is only just ready.

The factory is on the other side of the Island and Thomas hurtles along the track, determined to pick up the clock in time. Shortly, Thomas arrives at the factory and the clock is loaded into Thomas' truck. On the way back to Wellsworth, it begins to snow and Thomas has to battle his way through the snowdrifts. As Thomas pulls up at a signalbox, the signalman informs Thomas that the points are frozen. Thomas is worried; he simply cannot be late. Thomas' driver has an idea and carefully fills his tea mug with hot water from Thomas' boiler. He pours the hot water onto the points and the signalman is able to operate them again. Thomas soon arrives at Wellsworth and the clock is unloaded.

It is nearly time for the party to begin, as Thomas stands at the platform. He watches people tying balloons and flags around the town hall. The clock is then lifted into position by a crane. Then the Fat Controller arrives on Henry. The Fat Controller is very impressed and thanks Thomas for his hard work and allows him to stay for the party. Soon the square is full of excited people and the Mayor gives a speech. At midnight, the new clock chimes loudly and everyone cheers and shouts "Happy New Year". Thomas feels incredibly proud. 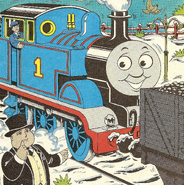 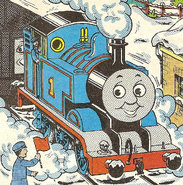 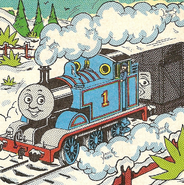 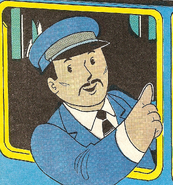 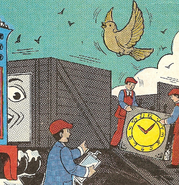 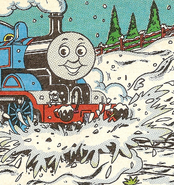 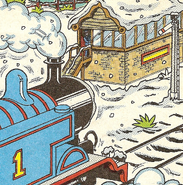 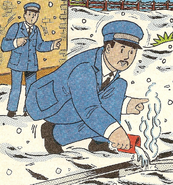 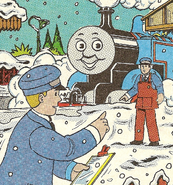 Add a photo to this gallery
Retrieved from "https://ttte.fandom.com/wiki/Thomas_and_the_New_Clock!?oldid=1258314"
*Disclosure: Some of the links above are affiliate links, meaning, at no additional cost to you, Fandom will earn a commission if you click through and make a purchase. Community content is available under CC-BY-SA unless otherwise noted.