Thomas the Tank Engine Wikia
Register
Don't have an account?
Sign In
Advertisement
in: Books, Mini Books, Audiobooks,
and 3 more

Thomas is delivering tigers to the new wildlife park and later sees a stripy tail moving in an old works shed. Percy sees two eyes looking at him and he goes to tell Thomas. The next day, his driver and fireman are reading the newspaper and read that tigers have escaped the wildlife park. Thomas remembers what he and Percy saw, and tells his driver to look in the old work shed. When they pass by, they see a tigress and her cubs. They tell the Fat Controller and call the keeper. The keeper thanks Thomas and names one of the cubs "Thomas". 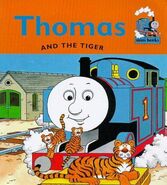 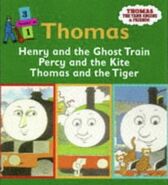 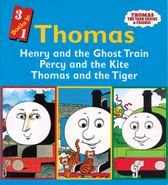 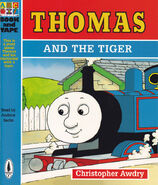 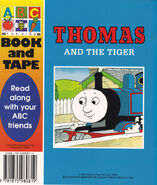 Book and Tape set back cover

Australian CD back cover and spine 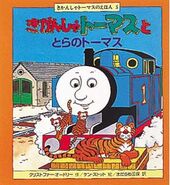 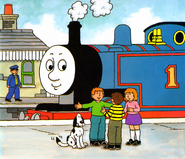 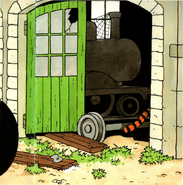 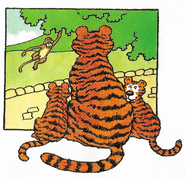