“Why did you come in so fast?"
"I was pushed.”
―The Fat Controller and Thomas

Thomas and the Trucks

Thomas and the Trucks is a magazine story.

One night, Thomas keeps the other engines awake, and grumbles about getting tired of pushing coaches and wants to see the world, although they do not take notice of his boasting. But he is cheered up when Edward tells him that he will stay in the yard the next day, while Thomas will get to take his trucks for him. The following day arrives, and Thomas feels much happier to start his day to arrange trucks.

However, the trucks can be very noisy, impolite, rambunctious, and silly and they sometimes play tricks on an engine who is not used to them. Edward warns Thomas to be careful on handling trucks, but he is too excited to take his advice. After the trucks are arranged, Thomas is ready to go - but the trucks are not ready and groan at Thomas to wait, but Thomas will not wait as he pulls them out of the yard.

Thomas is enjoying his journey through Henry's Tunnel, while rumbling past fields and clattering through stations, but the trucks get crosser and crosser. At last, Thomas starts to climb up Gordon's Hill with all his might, but the driver makes sure that he has to keep steady with his train. But when they reach the top and stop, the trucks start bumping into each other and push Thomas down the hill! Thomas tries to stop them from making him go so fast, but the trucks just giggle and continue pushing. Thomas is travelling much too fast to stop at the next station, as they rattle straight through and swerved into the goods yard.

Thomas shut his eyes and stops just in front of the buffers, and the Fat Controller tells him that he has got a lot to learn about trucks, and when he will learn more about them as much as Edward, he will be a really useful engine. 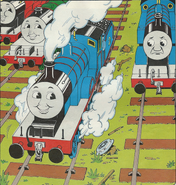 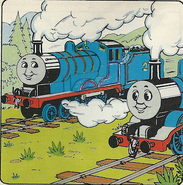 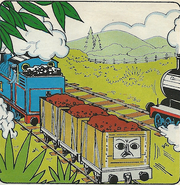 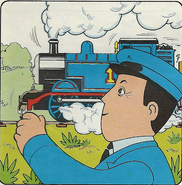 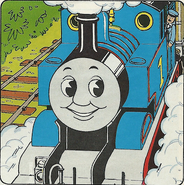 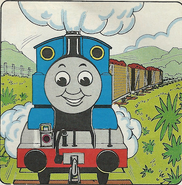 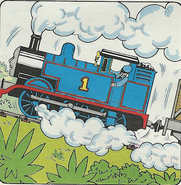 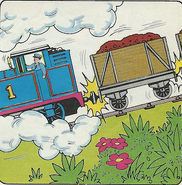 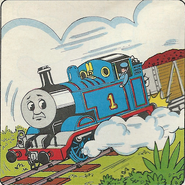 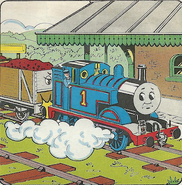 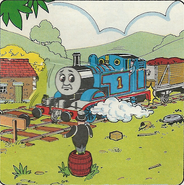 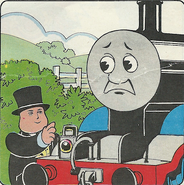 Add a photo to this gallery
Retrieved from "https://ttte.fandom.com/wiki/Thomas_and_the_Trucks_(magazine_story)?oldid=1662211"
*Disclosure: Some of the links above are affiliate links, meaning, at no additional cost to you, Fandom will earn a commission if you click through and make a purchase. Community content is available under CC-BY-SA unless otherwise noted.