Thomas and the Whistle

21st January 1989
Thomas and the Whistle is a magazine story.

Gordon wants the small engines to whistle at him to show respect towards him, but when the small engines refuse to whistle at Gordon, he gets cross. He gets so cross that it makes the small engines whistle at him after all. Thomas however, does not mind whistling at Gordon. But when Thomas whistles at Gordon, his whistle becomes stiff and he cannot stop whistling until his driver finally makes him stop. That night in the sheds, Thomas' driver gives his whistle one last test and Thomas' whistle becomes stiff once again and it keeps the other engines up and makes Gordon cross. Thomas' driver heads to the workshop to fetch a workman to knock Thomas' whistle into place, but the workshop is closed. So Thomas has to wait until morning, in the shed, for his whistle to be fixed. Percy thinks it is very funny. It takes a long time for Thomas' whistle to grow quieter but at last a workman, who brought his tool bag, gives Thomas' whistle a hard knock and finally it has stopped. Gordon vows that he never wants to hear Thomas' whistle again. But Thomas smiles cheekily and gives Gordon a whistle. 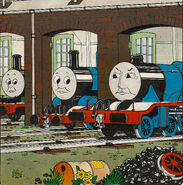 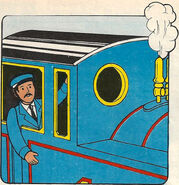 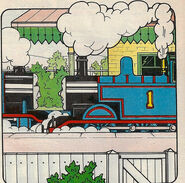 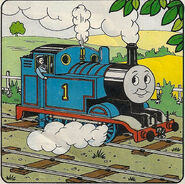 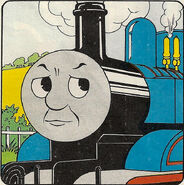 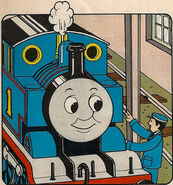 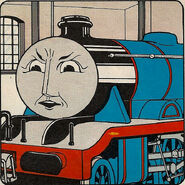 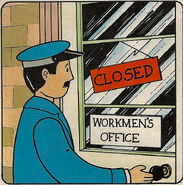 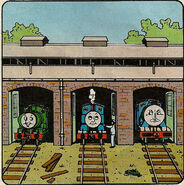 Add a photo to this gallery
Retrieved from "https://ttte.fandom.com/wiki/Thomas_and_the_Whistle?oldid=1555520"
*Disclosure: Some of the links above are affiliate links, meaning, at no additional cost to you, Fandom will earn a commission if you click through and make a purchase. Community content is available under CC-BY-SA unless otherwise noted.