“I suppose you can be really useful after all!”
―Lorry 1

Timber Tower is a magazine story.

Henry is on his way to the forest with his log truck when he has to stop at a level crossing. Lorry 1 and Lorry 2 race through, remarking that they are being very useful by helping to build new houses while Henry just collects logs. The lorries roar away laughing loudly. Henry steams sadly on his way.

Presently, Henry spots the lorries again as they are speeding down a narrow road. Lorry 1 slams on his brakes and ends up clipping a tree. His headlamp is smashed, but he is not too concerned; at least he did not spill his load and a headlamp is easily fixed. The two lorries speed off again. A piece of broken glass from the smashed headlamp has caught the sun and starts a fire in the woods. Luckily, Henry sees the smoke and calls for help. The fire brigade arrive and extinguishs the blaze in no time.

As Henry steams past the fire watch tower, the fire chief praises Henry for saving the forest and the animals that live there. Lorry 1 admits that Henry can be really useful too. 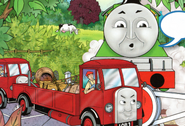 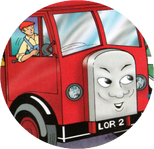 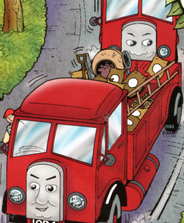 Add a photo to this gallery
Retrieved from "https://ttte.fandom.com/wiki/Timber_Tower?oldid=1052789"
Community content is available under CC-BY-SA unless otherwise noted.