Toby and the Stout Gentleman

Thomas the Tank Engine
and Friends 11

Toby and the Stout Gentleman is a magazine story.

Toby takes trucks from farms and villages to the main line. He has a coach called Henrietta who used to be full and have nine trucks behind her. Now she is empty and goods from the factories are sent by road. Road vehicles often have accidents, but Toby has not had an accident for years.

The children come everyday for a fortnight. Sometimes they ride with the guard or in empty trucks. On the last day, the driver invites them into his cab. All are sorry when the Fat Controller and his family have to go away. Toby tells them all to come back soon and the children say that they will.

The months pass and Toby has fewer trucks and even fewer passengers. One morning, the driver tells Toby that it is their last day as the manager says that they must close tomorrow. That day, everyone wants the chance of a last ride. Henrietta has so many passengers. They all joke and sing songs as they travel along.

Toby falls unhappily asleep that night, thinking that nobody wants him. Next morning he awakes with a start to see his driver who tells Toby that they have received a letter from the stout gentleman. 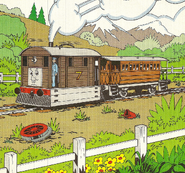 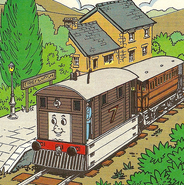 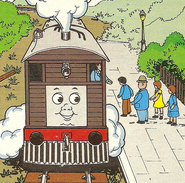 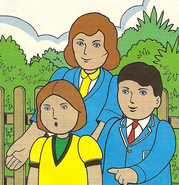 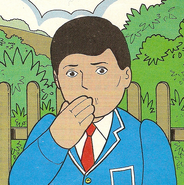 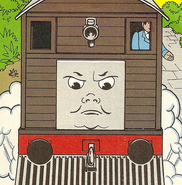 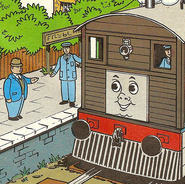 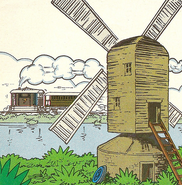 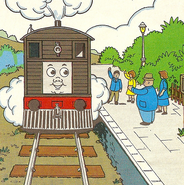