Thomas the Tank Engine
and Friends 74

Too Hot is a magazine story.

Duck the Great Western Engine has been working hard all morning and he feels very hot and thirsty. As Duck refills his tank, Diesel arrives and remarks that steam engines always seem to be thirsty for water. After Duck goes back to work, he begins to feel thirsty again and goes back to the water tower to be refilled. But no matter how he tries, he cannot seem to get enough water. Later his fireman finds the problem - Duck has a hole in his boiler, which makes the water leak out.

Diesel thinks it is funny, and teases Duck by calling him "Drippy", which makes him cross. However, the tables turn when Diesel forgets to check his fuel gauge and runs out of fuel at the old quarry. Diesel has to wait until Duck brings in some diesel fuel, and as he arrives at the quarry, Duck thinks it is very funny indeed. 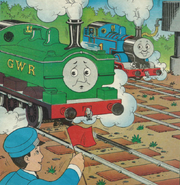 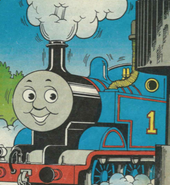 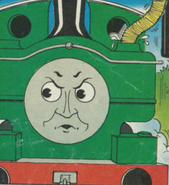 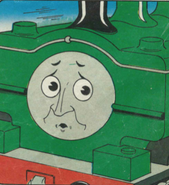 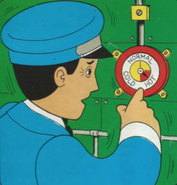 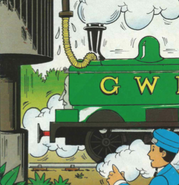 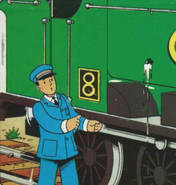 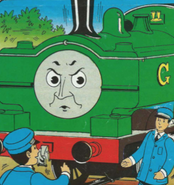 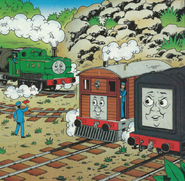 Add a photo to this gallery
Retrieved from "https://ttte.fandom.com/wiki/Too_Hot?oldid=1236698"
Community content is available under CC-BY-SA unless otherwise noted.