“I didn't think James would worry about the express. He must try to be more relaxed, like you, Henry.”
―Sir Topham Hatt

Thomas the Tank Engine
and Friends 225

Too Tired! is a magazine story.

One Friday morning, Gordon announces to the other engines in the shed that he is to have a service. This means that he would not be able to pull the express until the following weekend. The engines wonder who would be given the job of being Gordon's replacement. Henry is nervous as he might be chosen, but James is confident he will be chosen for the special job.

Sure enough, James is soon waiting in the main station yard while Percy fetches the express coaches for him. Before long, boastful James is coupled up to the coaches and soon on his way. It had rained heavily overnight and the rails are wet and greasy. Up Gordon's Hill, James' wheels keep spinning and he loses a lot of time. The Fat Controller tells James, when he returns to the main station, that it should not happen again. James wonders what the Fat Controller had meant and has a hard time going to sleep that night because he keeps fretting about it. At last, James dozes off, but he begins to have nightmares. He imagines all sorts of delays whilst pulling the express. Next morning, James can hardly keep his eyes open. 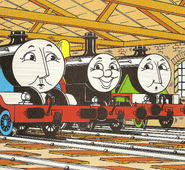 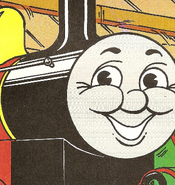 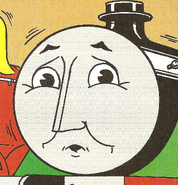 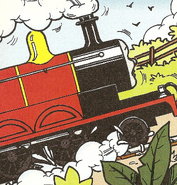 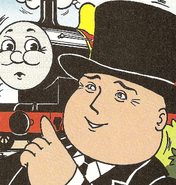 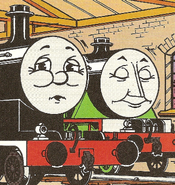 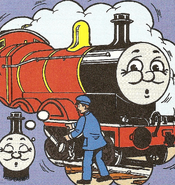 Add a photo to this gallery
Retrieved from "https://ttte.fandom.com/wiki/Too_Tired!?oldid=1636136"
Community content is available under CC-BY-SA unless otherwise noted.