“W-W-What's going on?”
―Bulstrode being lifted by Harvey

Tour of Sodor, re-released in 2012 as Story Time with Bulstrode, is a magazine story.

One autumn morning, Thomas is pulling Henry's log flatbed. He had borrowed the long flatbed so that he can retrieve the Fat Controller's car from the repair workshop. But at the workshop, Thomas finds he had a wasted journey when the Fat Controller tells Thomas the car is not ready yet. Thomas is annoyed; it is hard work pulling Henry's log flatbed. The driver tells Thomas they can go and have a rest by the beach for a while. As they arrive, a deep voice calls "Hello" to them; it was Bulstrode. He has been feeling very lonely sitting on the beach. Soon, Bulstrode is busy telling Thomas about better times when the Fat Controller would let him take holidaymakers around the island, but since Bulstrode has been pulled out of service, the job of showing holidaymakers around Sodor went to James. Soon it is time to go and Thomas feels sorry for the old barge. As Thomas chugs past Tidmouth, he sees a load of holidaymakers on the platform; James had not turned up. Thomas soon finds that James has snapped a coupling rod and that his wheels cannot move. Thomas has an idea and asks his driver to telephone the Fat Controller to send Harvey to the seaside. Soon, Harvey arrives and puts Bulstrode onto Thomas' flatbed. And they set off for the engine sheds so that Bulstrode could be cleaned. Soon, Bulstrode is taking holidaymakers around the island, being pulled by Thomas! 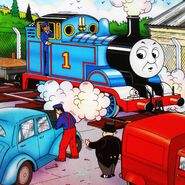 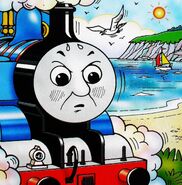 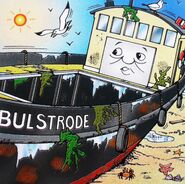 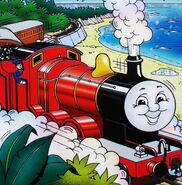 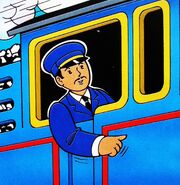 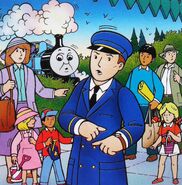 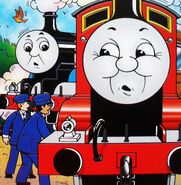 Add a photo to this gallery
Retrieved from "https://ttte.fandom.com/wiki/Tour_of_Sodor?oldid=1566018"
Community content is available under CC-BY-SA unless otherwise noted.