Track Race is a magazine story.

It is holiday time on Sodor and the engines have been working hard all day, so Sir Topham Hatt decides to read them all a story. It is the famous story of The Tortoise and Hare in which the tortoise wins a race when the hare decides to take a nap. Thomas asks the Fat Controller if they can stage a race. He agrees and, the next day, the engines line up for the race. James is sure he was going to win. They had not been going long when Percy runs completely out of puff and Edward is not looking where he is going and he turns onto a dead-end siding. Now, only Thomas and James are left and soon James has got bored; he is so sure that he would win that he decides to have a rest, but it is so hot that he falls asleep. Soon, Thomas overtakes and crosses the finish line in first place. 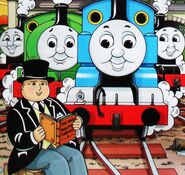 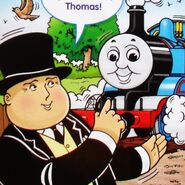 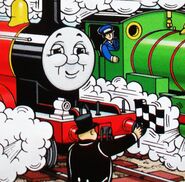 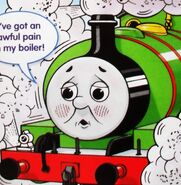 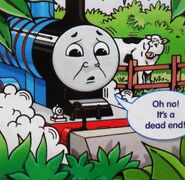 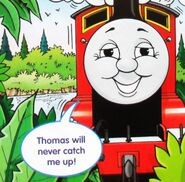 Add a photo to this gallery
Retrieved from "https://ttte.fandom.com/wiki/Track_Race?oldid=1260446"
*Disclosure: Some of the links above are affiliate links, meaning, at no additional cost to you, Fandom will earn a commission if you click through and make a purchase. Community content is available under CC-BY-SA unless otherwise noted.