“So much for our New Year's Resolution to talk to Trevor. He is so busy he hasn't time to stop and talk to us!”
―Thomas

Trevor to the Rescue!

Thomas the Tank
Engine and Friends
136

Trevor to the Rescue! is a magazine story.

One snowy morning, early in the New Year, Thomas rolls out of the sheds. His driver says that he has made a New Year's resolution. Thomas does not know what a New Year's resolution is and his driver has to explain it to him. The driver's resolution is to keep his garden shed tidier. Thomas sets off along his branch line and soon puffs past the Vicarage Orchard. Trevor was pleased to see Thomas; the traction engine had not seen anyone in days. Thomas always enjoys Trevor's company, but today he cannot stop to chat as the mail needs delivering.

Next day, Thomas is fitted with a snowplough and sent out to clear the lines. He spots Bertie and Terence at a level crossing. Bertie was stuck in a snowdrift and Terence had pulled him out. Terence boasts about his caterpillar tracks working well in the snow. Later, Thomas tells Trevor about Terence's rescue. Trevor is sure he would not get stuck in the snow and would like to help Terence by rescuing cars.

Back at the yard, Thomas speaks to the Fat Controller who telephones Jem Cole. It is arranged for Trevor to get his wish and he is delighted to hear that he will be rescuing some vehicles. A van had skid into a ditch by the engine sheds and Trevor is sent to help. Trevor's big wheels crush the snow until it is firm. As predicted, he did not get stuck at all. After towing the van back to the road, Trevor embarks on his next mission: to deliver food to people who are cut off by snow. Trevor is not lonely any more and he meets plenty of people to talk to during his rescues. He even gives some children a lift to school. The engines need not bother with their resolution to talk to Trevor more as he is so busy with his rescue work that he does not have any time to talk. 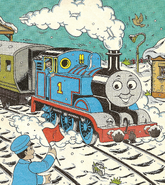 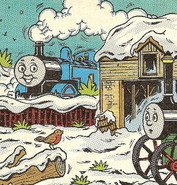 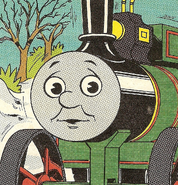 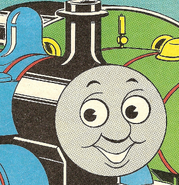 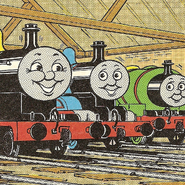 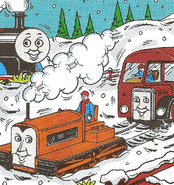 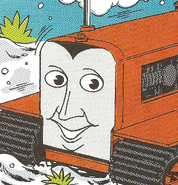 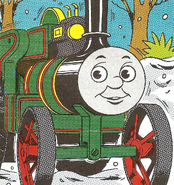 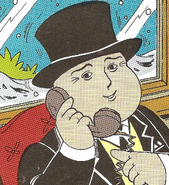 Add a photo to this gallery
Retrieved from "https://ttte.fandom.com/wiki/Trevor_to_the_Rescue!?oldid=1095256"
Community content is available under CC-BY-SA unless otherwise noted.