Trouble in the Tunnel

Thomas the Tank Engine
and Friends 66

Trouble in the Tunnel is a magazine story.

Percy is pulling trucks from the quarry to the harbour when he gets to his favourite part of the journey - the tunnel! Percy loves chuffing through dark, cool tunnels. However, this time is different. As he clatters through, bits of brick fell from the tunnel's roof. The road vehicles travelling over the tunnel had weakened the supports. Unusually, Percy is very relieved to exit the tunnel and, at the next station, his driver telephones the Fat Controller. The tunnel and the road above are immediately closed and workmen go to investigate the damage. Percy is redirected onto a line that runs close to the tunnel.

One day, Percy is surprised to see two schoolboys entering the closed tunnel. Percy is worried they might get hurt. Suddenly, the worst scenario becomes a reality; the tunnel collapses and the boys are nowhere to be seen! Percy rushes to the nearest signalbox where the emergency services are contacted. As the ambulance and fire services arrive, it becomes apparent that the tunnel has collapsed at both ends. It's not long before Terence is summoned and he easily pushes the rubble out of the way. Luckily, the children are brought out, unhurt, by the ambulance men. They had took shelter in the middle of the tunnel which was still intact.

Percy and Terence are praised for their quick actions and when the tunnel is finally reopened, Percy has the honour of being the first engine through. 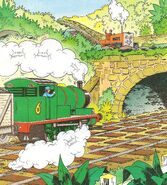 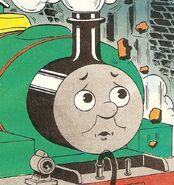 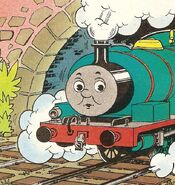 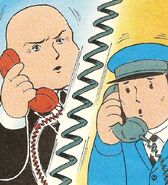 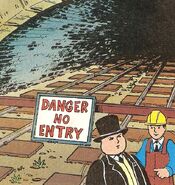 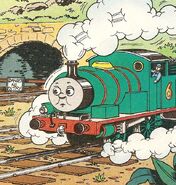 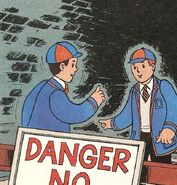 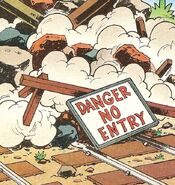 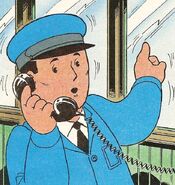 Add a photo to this gallery
Retrieved from "https://ttte.fandom.com/wiki/Trouble_in_the_Tunnel_(magazine_story)?oldid=1680416"
Community content is available under CC-BY-SA unless otherwise noted.