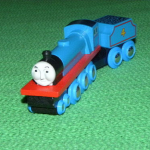 Hello there. As you can see I chose to be Harvey27 because Harvey is a very unusual engine when he was introduced in the sixth season of the television series. As you can see, the links to my favorite pages, the Ravenglass and Eskdale Railway, is where I work in my imagination and have the job of being the fireman on either the steam locomotive River Irt or River Mite. 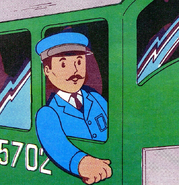 BoCo's driver in a magazine story
Add a photo to this gallery
Retrieved from "https://ttte.fandom.com/wiki/User:Harvey27?oldid=1668462"
*Disclosure: Some of the links above are affiliate links, meaning, at no additional cost to you, Fandom will earn a commission if you click through and make a purchase. Community content is available under CC-BY-SA unless otherwise noted.