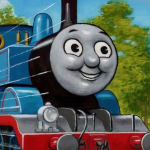 Sometimes You Make a Friend

Thomas and the Breakdown Train

Hello, everyone! I'm Jonathan Asiamah-Acheampong. I'm often called Jon, Jonny or Jonno. Either nickname is fine with me.

I'm 23 years old and I am a huge fan of Thomas & Friends. I was a student at Carshalton College until the 4th of July 2019 and I spent my Saturdays at Saturday Scheme at Bensham Manor Secondary School until the 21st of February 2015. I often collect Thomas toys, books, annuals, magazines, DVDs and I used to make up my own Thomas stories on DeviantArt.

I like to entertain myself when I get bored. I go shopping, visit someone's house, read a book or make a video. At home, I also have some time to watch a DVD. I like to go out on trips as, for the most part, I don't fancy staying inside all day, doing nothing. Sometimes, it usually depends on which location.

My previous hobby was story-writing. 2014 marked my busiest year as I had written a lot of stories on DeviantArt. But due to writer's block, I was unable to continue my hobby. Since 2017, I have ceased story-writing altogether.

My current hobby is voice acting. I started in 2016 and I have been involved in quite a lot of projects, whether it would be redubs, fan-made series and movies or even an audio drama or two. I'm commonly known for narrating as I have done several audio narrations on my channel. Besides narrating, I voice a bunch of characters. Whenever there is a casting call, I would always jump into the opportunity. My biggest dream is that one day, I'll be a more experienced voice actor.

My interest in Thomas & Friends has been growing since I was little and I hope it would keep going for years to come.

Yin-Long
Add a photo to this gallery

James and the Red Balloon

Thomas, Percy and the Dragon

The Other Big Engine

Thomas and the Royal Engine

Steam Team to the Rescue

All Tracks Lead to Rome

Not So Slow Coaches

Thomas and the Monkey Palace

Thomas and the Toy Shop

Gordon Gets the Giggles

An Engine of Many Colours

Gordon and the Engineer

Thomas and Skarloey's Big Day Out

Thomas and the Storyteller

Percy Gets it Right

Thomas and the Dragon

Thomas and the Sounds of Sodor

Percy and the Calliope
Add a photo to this gallery 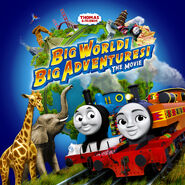 Sodor's Legend of the Lost Treasure

King of the Railway

Tale of the Brave

Thomas and the Magic Railroad 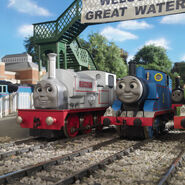 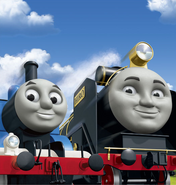 Hero of the Rails

Calling All Engines!
Add a photo to this gallery

Retrieved from "https://ttte.fandom.com/wiki/User:Jonathan_Asiamah?oldid=1785556"
*Disclosure: Some of the links above are affiliate links, meaning, at no additional cost to you, Fandom will earn a commission if you click through and make a purchase. Community content is available under CC-BY-SA unless otherwise noted.