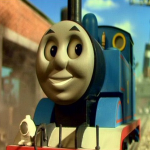 And many other engines, coaches and trucks all my favourite characters.

And many other off-rail vehicles all my favourite characters.

Hi, my name is Jurgen, I still love Thomas so much since I was 4 years old that time for playing a trains, lot's of activities and watching a DVDs and Videotapes on TV, also I watched on ABC Kids as well on TV channel. I been watching Thomas the Tank Engine over a years, also I still love the original of the narrators and the characters, Edward and Henry such as Thomas, Percy, Toby, James, Gordon and Emily and it's fantastic to have changed a new things for no narration and the others like reboot. Also I just watched a Thomas' movies at Hoyts for 9 years ago and I watched a Thomas movie, Journey Beyond Sodor at Event Cinemas for the first time on big screen I ever had. I just bought a Thomas' DVDs for every years and each months of 1, 3 or 4 months later when the DVDs comes out in every stores and my parents is bought for me a toy trains, lot's of activities and some DVDs and Videotapes I ever had, because I'm very excited about the new episodes on TV, DVDs and Videotapes when I was a little that time.

Also, I love the new Thomas' details design starting from Series 23 onwards better than original normal one and the double-length episodes is so fantastic better than special movies was the last of Big World! Big Adventures!

And please do not edit my profile, thank you.

All my favourite Thomas' Classic Songs.

And also The Wiggles songs and other Children's, Christmas, Classics, R&B and Rock n Roll songs.

All my favourites voice actors in UK/AUS.

All my favourites voice actors in US/CAN.

All my favourite Japanese voice actors in Japan.

“I only came to bring Gordon his safety valve, sir, but I was too late. And then Percy asked me if I would race in his place.”
―Thomas, The Great Race

All my Favourites Engines and Characters and except Sailor John.

All my Wooden Railway Characters of Models.

All my ERTL Characters of Models.

All my Take N Play Characters of Models.

My Likes and Dislikes 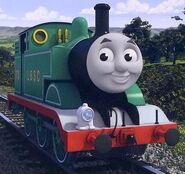 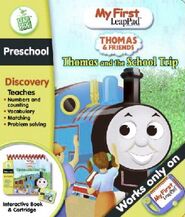 Add a photo to this gallery
Retrieved from "https://ttte.fandom.com/wiki/User:Jurgen_Yong?oldid=1760583"
*Disclosure: Some of the links above are affiliate links, meaning, at no additional cost to you, Fandom will earn a commission if you click through and make a purchase. Community content is available under CC-BY-SA unless otherwise noted.