“It isn't wrong, but we just don't do it.”
―Gordon on Henry's whistling

Haunted Henry and Duncan Gets Spooked

Gordon Gets the Giggles

That's What Friends are For

Hello, I am an editor and thread moderator on the Thomas Wiki. I try my best to do as best as I can to edit. Anyway, I've been viewing the wiki since 2016 but didn't make an account until 2020. I've been a Thomas fan since I was 2 years old and I don't remember how or why. Anyway, I've been watching the show since then and hate BWBA. I don't like how the show has become now, but I still really enjoy talking about and learning new things about this franchise.

Worst Episodes (Incomplete. Only goes up to Season 18)

Any Episode not on these lists are just okay.

Best Episode From Each Season

Line in the Television Series:

Location in the Railway Series: 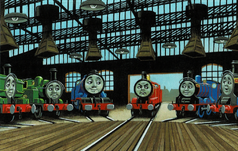 Location in the Television Series

Line in the Television Series

Location In The Railway Series 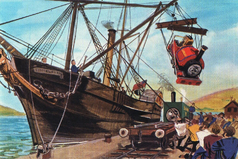 Location In The Television Series 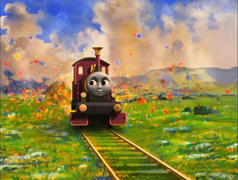 My Collection Of Thomas Stuff

Retrieved from "https://ttte.fandom.com/wiki/User:RandomMelon657?oldid=1926864"
*Disclosure: Some of the links above are affiliate links, meaning, at no additional cost to you, Fandom will earn a commission if you click through and make a purchase. Community content is available under CC-BY-SA unless otherwise noted.