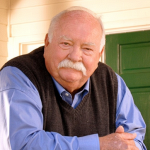 Hello everybody, I'm TheWarnerBrosAnimationFan, formerly known as RWS1992. Born in 1992, I have been a fan of Thomas & Friends and the Railway Series books since I was little. I was introduced to Thomas through Shining Time Station, the show that Britt Allcroft and Rick Siggelkow created to introduce Thomas to American audiences when I was very little. I also had a few Thomas VHS tapes when I was a kid, two of which, Daisy and Other Thomas Stories and Percy's Ghostly Trick and Other Thomas Stories (both of which were the Video Treasures versions), I got for my fifth birthday. I also remember having the Strand Home Video version of Thomas Gets Bumped and Other Stories and the 1995 Video Treasures version of Rusty to the Rescue and Other Thomas Stories. I have continued to watch Thomas & Friends on YouTube in my spare time.

As a person who has been a fan of the franchise since I was very little, I have become extremely interested in the international dubs of the show that have aired in other countries. Of the many international dubs, my favorite is the Japanese dub for the reason that the dub has had voice actors since the first season, something that the UK and US dubs did not get until the CGI switch.

Retrieved from "https://ttte.fandom.com/wiki/User:TheWarnerBrosAnimationFan?oldid=1716586"
*Disclosure: Some of the links above are affiliate links, meaning, at no additional cost to you, Fandom will earn a commission if you click through and make a purchase. Community content is available under CC-BY-SA unless otherwise noted.