We Wish You a Merry Christmas! is a 1997 annual story.

Henry's fireman, Ted, is constantly practicing carols during the day for the carol service on Christmas Eve. The engines want to sing too, but they cannot, so they decide to whistle instead. On the night before the service, Ted lets the engines use their tuned whistling to help him practice. But there is a problem; the church organ has broken. Fortunately, Ted has an idea, and before long, the engine orchestra are whistling the tunes to the Christmas carols. The night proves to be a great success and once again, the Fat Controller is pleased with all of his engines. 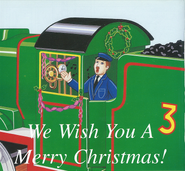 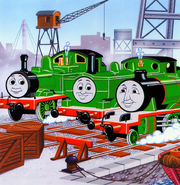