1914
The Wellsworth and Suddery Railway (abbreviated as W&SR) was one of the original three standard gauge railways on Sodor. It was built in 1870 and operated until 1914 when it was amalgamated to form the North Western Railway.

The railway was originally built in 1870 as an industrial line, running along the coast between Crosby and Suddery, with an intermediate station at Wellsworth. It was run by four 0-6-0 tank engines. It eventually developed a considerable passenger clientèle, and served an unspecified number of lead and zinc mines along its route. [1]

The railway originally hoped to use Suddery as a harbour, however, blown up masonry from Suddery Castle had created a bar preventing its use by shipping except for the very smallest draught. All attempts at dredging would prove to be costly failures, which resulted in the railway extending south along the coast to Brendam in the early 1900s, in hopes of having better luck at establishing a harbour there. The railway built jetties at Brendam, which were greatly appreciated by the local fisherman, but the attempts at establishing a port were unsuccessful and the project was abandoned in 1909.

The W&SR instead turned its attention to Tidmouth and negotiations began with the Tidmouth, Knapford and Elsbridge Light Railway for permission to use the port and running powers to reach it. Terms were agreed, and Crosby Tunnel was cut to connect the two railways and from 1912, pending the Act for their Amalgamation into the Tidmouth, Wellsworth and Suddery Railway, the two railways were worked as one by a Joint Committee. They never obtained their Act, for in 1914 came the First World War and with it the formation of the North Western Railway into which both railways were absorbed, along with the Sodor and Mainland Railway.

The eastern end of the W&SR, between Wellsworth and Suddery, was demoted to branch line status and is now known as Edward's Branch Line, while the western end, between Crosby and Wellsworth, became part of the North Western Main Line. 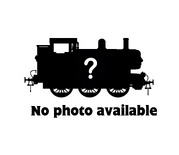 Crosby Tunnel
Other Sudrian railways
* RWS only | ** T&F only
Español עברית Русский
*Disclosure: Some of the links above are affiliate links, meaning, at no additional cost to you, Fandom will earn a commission if you click through and make a purchase. Community content is available under CC-BY-SA unless otherwise noted.
Advertisement