“We couldn't go to the Works. Instead, the Works have come to us!”
―Duke and Rheneas

Works Outing, re-published in 2011 as The New Works, is a magazine story.

Rheneas has a cracked funnel and Duke is in desperate need of a new coat of paint. This is the way it has been for ages, as the narrow gauge engines cannot get to the Works. That night, a fierce storm hits the Island. The following morning, it is revealed that the Works were badly damaged in the storm and Elizabeth is told to take the workmen's tools to a new works up in the hills. Elizabeth takes the tools to the Transfer Yards where the new works is established in a nearby barn. From there, both standard and narrow gauge engines, including Duke and Rheneas, can be repaired. 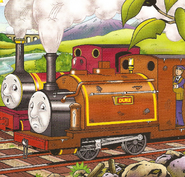 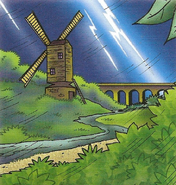 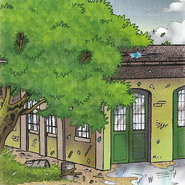 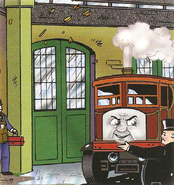 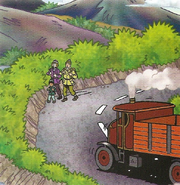 Add a photo to this gallery
Retrieved from "https://ttte.fandom.com/wiki/Works_Outing?oldid=1361927"
Community content is available under CC-BY-SA unless otherwise noted.