Thomas The Tank Engine
and Friends 25

Wrong Road is a magazine story.

Thomas and Edward's branch lines are important, but the tracks and bridges are not strong enough for the main line engines. One day, Gordon is complaining about diesels pulling main line trains and calls branch lines vulgar, as the Fat Controller will never approve of him running on one.

One evening, Gordon is taking the express and Edward is taking the branch line train. A lady in a green floppy hat is saying goodbye to a friend. Gordon's fireman looks back and mistakes the lady's hat for the guard's flag. Gordon starts, leaving luggage, his passengers, and the guard standing on the platform. By the time he comes back, Edward is already late with his train, so he sets off first. However, the signalman does not know about the change and Edward is sent on the main line while Gordon goes on the branch line.

Next morning, Bill and Ben see Gordon in the yard and think that teasing him will be fun. They pretend that Gordon is a load of old iron and Ben thinks it is better to dump it into the sea. Gordon is alarmed until BoCo arrives. He quickly sizes-up the situation and threatens to take the trucks he has brought for Bill and Ben away. The twins behave at once and Gordon thinks that BoCo saved his life. 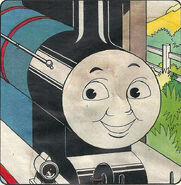 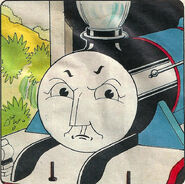 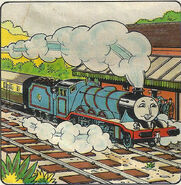 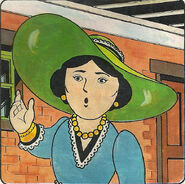 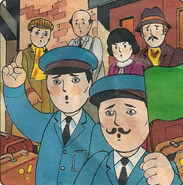 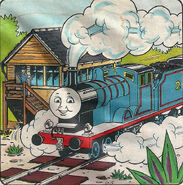 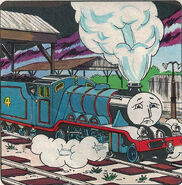 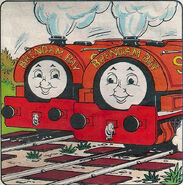 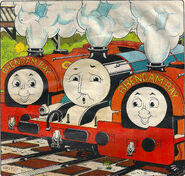 Add a photo to this gallery
Retrieved from "https://ttte.fandom.com/wiki/Wrong_Road_(magazine_story)?oldid=1937652"
*Disclosure: Some of the links above are affiliate links, meaning, at no additional cost to you, Fandom will earn a commission if you click through and make a purchase. Community content is available under CC-BY-SA unless otherwise noted.